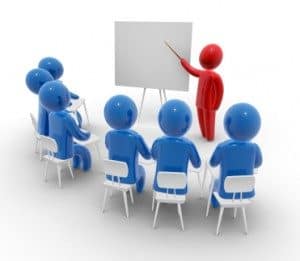 Anyone starting with Austcare in 2016 will automatically begin the latest update.

The new Certificate III in Individual Support has a core set of competencies and offers specialisations in Ageing Support, Home and Community Support as well as Disability. The qualification offers flexibility of electives to meet their job role, however also maintains the integrity of the current qualifications in that a learner can undertake either one or two specialisations, which would be identified on their transcript.

The language used across all relevant units has been updated to reflect current terminology and service provision.

The Industry standard of 120 hours of work placement is now mandatory not just recommended.

Contact Us
Contact us
×
What our students say about us
“ I would recommend AustCare Training in Gold Coast, and especially Stephanie as the trainer to anyone who is looking for a good, solid, well taught course in Disability services. It really was a great course, and really prepared me to work in the industry. ”
Seth Kathart
“ I love doing this course through AustCare. Brooke is a great teacher who is passionate and knowledgeable in her lessons. Don't do this certificate through anyone else but Austcare!! ”
Leana Bath
“ I trained in Hervey Bay with Michelle,  she made my whole experience fun and exciting. I am now employed and have enjoyed having the pleasure of helping AustCare students with their placement at my work. - Maria Ellis ”
Maria Ellis
“ To anyone interested in the course. You will not regret it. Austcare is a great Company .Thankyou  Keith Manby ”
Keith Manby
“ Anyone wanting to do aged care I would highly recommend this organisation and a great trainer as well.  I gained employment after studying at Austcare! Tara Tilling ”
Tara Tilling
“ Aged care through austcare was amazing, friends for life. Working in aged care, I wish I did it a long time ago. Donna in cairns is amazing. Nusbaum J Moroni ”
Nusbaum J Moroni
“ Honestly everyone I'm in the middle of doing mine now it's the best thing I have done for myself it's easy to understand the trainer is really awesome and helpful you won't regret it trust me. Kylie Sawtell ”
Kylie Sawtell
“ They are great tutors, awesome course, I did it last year and its improved to keep up with what is required to get work after course. Liane Aukaha ”
Liane Aukaha
“ Austcare are Fantastic. I am doing there night class in Bundaberg and have found it to be excellent. The Trainer is fantastic who makes the classes enjoyable.  Debra Palmer ”
Debra Palmer
“ Best decision I 've ever made was to do the aged care course through you guys and as a result ended up with a job with the place I did placement. Mini Davey ”
Mini Davey
“ I thoroughly enjoyed the whole training experience, from the prompt responses to my queries, through to the professional presentation in class and finally the comprehensive exposure to the workplace through placement. with thanks, Muriel Tait ”
Muriel Tait
“ This is An awesome course! Full on. Just finished placement. 12 out of 10. ”
Wewia Littleton
“ I've had the best training with AustCare and got a job offer few days after I completed my 120 hours work placement! Thank you AustCare !!! ”
Ena Jamil Tickell